“This year the ride was titled ‘The Essential Ride’ as cancer doesn’t take a day off,” said cancer survivor and ride organizer Jerry Parins, a retired captain with the Green Bay Police Department and Past Director of Corporate Security for the Green Bay Packers.

Parins said Green Bay police officers, firefighters and first responders were honored at this year’s ride, which is held as a fundraiser for local hospitals and cancer 501C organizations.  In the past 16 years, the Jerry Parins Cruise for Cancer Foundation has donated more than $2 million to these causes.

During the ride, Parins rode in a Green Bay Fire Engine to lead the ride followed by Green Bay police officers on Harley-Davidson motorcycles and all of the other ride participants through the streets of Green Bay and Allouez.

Following the parade, the event returned to Vandervest Harley-Davidson for raffles, live and silent auctions, food trucks, and live music. The public was welcome to attend the afternoon fundraiser.

The ride is sponsored by the Jerry Parins family, Vandervest Harley-Davidson, the Green Bay Packer Organization and the Packerland Harley Owners Group. Five families dealing with cancer rode in vehicles sponsored by Broadway Chevrolet. The families were introduced at the event and gifts were presented to them.

“This year was one like no other,” said Lynn Vandervest of Vandervest Harley-Davidson. “One of the cancer honorees was proposed to by her boyfriend during the presentation and she said ‘Yes.’"

Vandervest said this year’s ride raised approximately $100,000 for the Jerry Parins Cruise for Cancer Foundation. People can learn more about the event at www.cruiseforcancer.org. 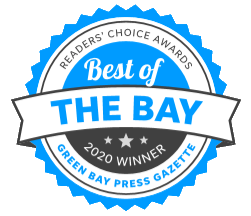